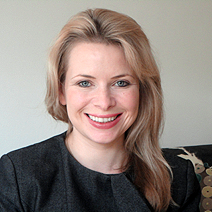 Rebecca is an Executive Producer of The Sea which has it’s world premiere at the Edinburgh International Film Festival. The Sea is competed at TIFF. Rebecca produced the Award winning feature film Forget Me Not. The film is being distributed internationally and continues to perform well on VOD platforms. Rebecca also produced Miriam a short film based on the short story by Truman Capote (Breakfast At Tiffanys, In Cold Blood).

Rebecca began her career during her MA at RADA & King’s College London as an independent theatre producer and she produced a number of plays off West End and the Edinburgh Festival having gained an award from the arts council of England. She began producing short films such as Everything But The Kitchen In Sync nominated for Best Newcomer at Rushes Soho Festival and shown throughout the UK on Vue Cinemas and at the Clermond Ferrand Festival, France. Rebecca also produced music videos which were broadcast on TV/Airlines. During this time Rebecca worked for leading producers, sales companies and undertook a one year Skillset script development course. Her specialties include structuring film investments, film financing, film project development, film production & post production and film marketing to gain distribution.

Since 2013, Boudica has invested in and produced 6 feature films and have worked
with the BFI, BBC, Creative Scotland. We are have had creative and commercial
success and are passionate about working with talent. We launched a female
initiative in Cannes 2016 and are dedicated to enabling women in the industry.

What an exceptional three days of inspiration and education with a tribe of dreamers and believers."