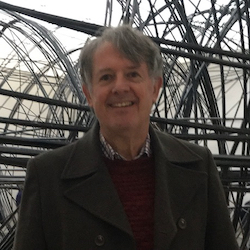 Richard is a film producer and television EP, who set up Talisman in 1991 to produce movies and high end TV drama.  Talisman has produced original drama with combined budgets well in excess of $250 million.  Richard’s producer credits include Rob Roy, Complicity and The Woman In Black and its sequel The Woman In Black: Angel Of Death.  Talisman is currently in development with North American partners on a range of high end TV series, focused mainly on scifi/fantasy/horror.

Talisman has a solid track record developing the drama it produces, and Richard is looking to work with writers who are driven to see their ideas realised on screen, and who enjoy the collaborative process.  Richard is specifically seeking a high concept thriller.