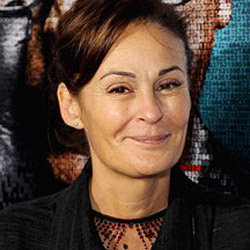 Robyn Slovo began her career writing and producing for the stage. She segued to reading and story-editing for film and television, and in 1993 became executive in charge of all development for BBC Single Drama/Films. While at the BBC, she worked on a diverse slate of feature films, telefilms, and television dramas.

In 1997, Robyn joined George Faber and Charlie Pattinson in forming Company Pictures. She was head of film at the U.K. production company, remaining with Company for a decade. Whilst there Robyn worked on Shane Meadows’ early films 24/7 and Room For Romeo Brass along with producing Lynne Ramsay’s Morvern Callar starring Samantha Morton.

Robyn has been an independent producer since 2010.

Among her credits are co-producing Norman Jewison’s The Statement; executive-producing Penny Woolcock’s Mischief Night and Dan Wilde’s Alpha Male; and producing Gimme Shelter, a short film directed by Ben Affleck. The latter was made in late 2008 in the Democratic Republic of Congo, for the United Nations High Commission for Refugees.