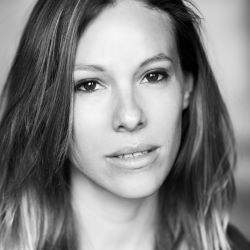 Romi Aboulafia is an actress and writer/producer. Over the course of her career, she has worked with notable directors such as John Madden, Anthony Minghella and Hagai Levi and with actors such as Hellen Mirren, Jessica Chastain, and Juliette Binoche. She was nominated for Best Actress at the Israeli Academy Awards. The Public, which she is co-writing with fellow Israeli writer Michal Aviram, is her first episodic writing venture.