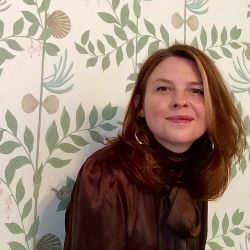 After twenty years in international film sales, development, production and marketing for companies including Summit Entertainment and PolyGram, and as MD for The Salt Company, Samantha is now a freelance film and TV consultant, specialising in honing the commercial viability of projects at any stage. Clients include BAFTA and Oscar-winning producers, to first-time writers and filmmakers, Creative Scotland’s FOCUS initiative, and she also is a project assessor for The New Zealand Film Commission and Liverpool Film Office.

She tutors and lectures widely for clients including NFTS, BAFTA, BFI Network, Arvon, Manila Film Industry Conference and London Screenwriters’ Festival. Samantha was the founder of The Vipers Nest, the creative collective for first-time filmmakers, and she still enjoys mentoring up-and-coming talent, independently and professionally, with the likes of Ffilm Cymru, Encounters and Raising Films.

Samantha is now a screenwriter repped by Sean Gascoine at United Agents. Her first screenplay was optioned by Eleven Films for TV, and she was awarded development funding by Ffilm Cymru for her latest. She also serves on The Writers Guild of Great Britain Film Committee, is a member of its film jury and is currently completing her first novel.

Samantha has recently taken on the role of Development Producer at Gurinder Chadha’s Bend It Networks, focussing on scripted TV and features.

Samantha Horley is appearing at the following sessions: