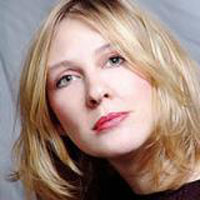 Sarah is looking for new projects and writers for Formosa Films as well as to match with other companies for development and production. Particular interest in low budget features with distinct emotional impact and commercial appeal.

As Head of Development for Formosa Films, (producers of features Twenty8K, co-written by Paul Abbott and Clubbed), Sarah provides development across their upcoming slate of features and seeks new projects and talent. Formosa are specialists in raising EIS finance, with particular interest in thrillers and comedy. Sarah has 10 years’ experience as a freelance script developer and runs Script Surgery UK, consulting for talent and companies world-wide, such as Warner Bros, The BFI Film Fund and Screen West Midlands. She has provided slate development for companies in the UK and US, including script rewrite work. Sarah was script consultant to writer/director Elaine Constantine on feature Northern Soul, currently on release, (Oct. 2014) and continues to consult on projects for its producer Debbie Gray. She has worked as feature consultant to BAFTA nominated director Shona Auerbach (Dear Frankie) and regularly works with award winning writer/director Justin Edgar of 104 Films across a range of upcoming projects. She was script consultant on short The Road Home, which was Oscar shortlisted 2012. Sarah has developed and script edited three series, including two series of children’s live action adventure The Secret of Eel Island for Five (“Superlative new children’s drama”, The Observer). She was part of the writing team throughout. As Development Producer for Eye Film & TV, she produced and co-wrote web series Tempting Fates. Sarah is co-founder and host of industry networking group In Development, meeting monthly with featured guests and members, including Frank Spotnitz, Nik Powell, Charlie Hanson and numerous execs such as Will Emsworth while Head of Development at Bedlam and Jamie Wolpert of The BFI Film Fund.

A: My advice for any pitching situation is this; first be rigorous about interrogating the ideas you plan to pitch. Who will want to see this and why? What is unique and intriguing about this project that will hook in this audience (and get their ticket money amidst a sea of other choices)? Does it immediately engage strong expectations of dramatic, or comedic, conflict? If so then get to the heart of this central conflict in your pitch. Who is trying to overcome or achieve what in this story? What are they up against and do they succeed or not in the end? What is the implication? Finally, don’t forget the all-important preface to set the scene about what exactly you’re pitching; the title, genre, format (feature, TV series etc), and where and when it’s set. If you have all that you’ll be in with a head start.