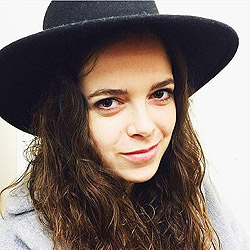 Savannah is development producer at Sly Fox Productions, headed up by BAFTA award-winning TV producers Linda James and Tim Vaughan with support from RJL Entertainment. In this role she helps develop and package TV Drama and scripted comedy, as well as scouting exciting new writing talent.Under her own brand, Savannah is currently developing a slate of feature films including Jack,  written  by  James  Pearson with development finance from SFTN;  dark-comedy Divorce Party, written by Jamie Russell & Nev Pierce, contributing editor of Empire Magazine and whose two debut shorts (Bricks and Ghosted) she produced in 2015. Divorce Party was selected for Film London’s Micromarket 2015. She’s also an associate producer on A Guide to Second Date Sex, written by Rachel Hirons and being developed by Starfield Productions with the support of the BFI, and she has a co-development deal with Channel X (The Detectorists) for a TV comedy-drama series that she created with writer Geoff Deane (Birds of a Feather, Kinky Boots).