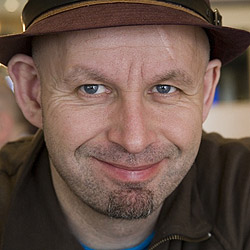 Sean gained a Master of Arts Degree in Screenwriting from the London College of Communications in London. After graduation Sean relocated to Los Angeles in 2002 to attend UCLA Film School. Sean graduated UCLA in 2004 and remained in Los Angeles until 2010, gaining experience and knowledge in all aspects of the film industry. Sean’s debut feature film as a Writer/Producer/Director, Deadline, starred Brittany Murphy and Thora Birch. Deadline was distributed in more than 40 countries around the world. Most recently Sean produced The Quiet Hour, which played at 25 International film festivals and was distributed around the world, including to the U.S., UK, Germany, Mexico, and China.

Sean’s currently in preparation for his next feature film as writer/director, The Last Moon, a suspense/horror film scheduled to be produced this winter through his UK-based company Frenzy Films.