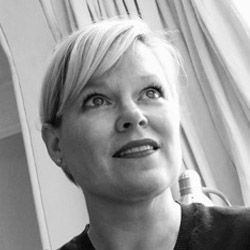 Shannon Fairchild is Development Executive at Island Pictures. Founded by Dominic Minghella (Doc Martin, Robin Hood, Knightfall) and Sarah Beardsall (The Scapegoat), Island Pictures works with top creative talent to produce a range of internationally acclaimed drama. Formerly a scout and reader for Chloe Dunbar, Head of Development at Liza Marshall’s Hera Pictures, Shannon was Co-Artistic Director of Eclectic Theatre Company for a decade. A dual citizen, she divides her time between the UK and the US.

Although open to all projects, Island Pictures is specifically looking for character-driven, returnable TV drama series with a strong sense of place (think Doc Martin, The Durrells). With a strong background in literary adaptations, Shannon is most attracted to scripts that offer a personal, sideways look at larger social issues.

Screenwriters need this festival for the kick-ass inspiration and motivation it provides."