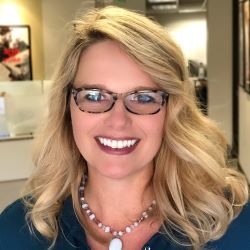 Shelly Mellott served as editor and publisher of Script from 1995 to 2006, during which time she created additional services for scriptwriters including script coverage, pitching events, and quarterly screenwriting contests sponsored by major production companies.

In 2006, Shelly became a vice president at Final Draft, overseeing the Big Break Contest, social media, events, and customer relations for the company. In 2015, she became Vice President of Sales & Marketing where she manages the professional and educational sales divisions, develops initiatives that drive sales across all retail channels, and manages marketing, events and customer relations.