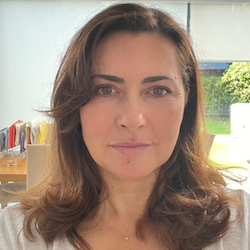 Shirani Le Mercier has been in the film industry for over 20 years and has worked across various aspects of the business including distribution, production, publicity, event and talent management. She started her career in film in 1997 at Sony Pictures France as Special Events Manager in charge of PR tours, junkets and festivals, for blockbuster films including Men in Black, Black Hawk Down, Erin Brokovich, The Mask of Zorro, Crouching Tiger, Hidden Dragon, Spiderman.

In 2007 Shirani started consulting and set up her own company ‘Spring Time Films’ in 2009. She has consulted on a number of independent projects and her clients include French Studio Gaumont (Twelve by Joel Schumacher, Splice by Vicenzo Natali…); French TV and digital production outfit Memo Prod. among others, as well as clients in the UK, Spain and the US. She is currently in production on a TV series and in pre-production on an animated feature. Shirani is a member of BAFTA.

A: Pitching to me: do your research/homework, be bold and trust you are here for a reason.

Breaking into the industry: remember networking is a huge part of your job, as well as identifying who it is you want to work with (producers, directors, TV executives…).

Professionally, the most fun and most productive three days I’ve ever spent. EVER."