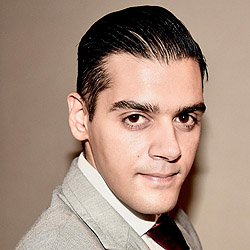 Sidney Malik is the founder of ERA Film Studios, a British Film and VR Studio and is the writer, director and star of the first ever British Virtual Reality feature film, starring Steven Berkoff. As a non binary, (pronouns they/them), Sidney is proud to produce diverse, female and LBGT directed films, including British horror features Six Hot Chicks in a Warehouse and Egomaniac, currently available on ITunes and Amazon Video. Soon graduating from the first Masters in Virtual Reality, Sidney is looking for interesting, unique, character-driven, diverse British films… MORE