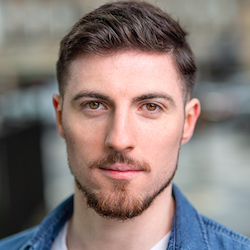 Stephen Arthur is appearing at the following sessions: