Stephen May appeared at a previous festival. View this year's speakers here. 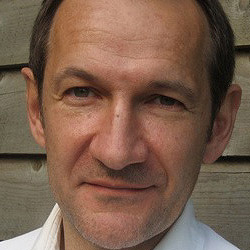 Stephen May has written, produced and directed for theatre, TV and Film here and in the US.

As a performer he has acted in Hollywood movies with the likes of Cate Blanchett and Julianne Moore; Ruth Rendell mysteries on UK TV and, high point, aged 7 performed the Nutcracker Suite on Libyan National Television.

He has been a producer/executive producer on several features and on over a hundred short features for emerging talent.

He was the founding Director of the MA in Screenwriting and Producing at the University of Westminster in 2005 and in Feb 2012 he and industry colleagues launched The Screen Arts Institute. Governors include; Tim Bevan, Hossein Amini, the Curzon Cinema Group, the Curtis Brown Group, Olivia Hetreed and Oliver Parker.

Check our successes and news on:  http://storytellingforthescreen.blogspot.com/

I came to the Talent Campus a fearful, nervous screenwriter and came out a fearless warrior!"