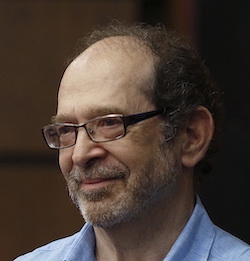 Steve Kaplan has been the entertainment industry’s leading expert on comedy. He has taught his Comedy Intensive Workshop to thousands of students, and worked as a script consultant for producers, directors, production companies, and writers around the world.

Steve has worked with hundreds of writers, producers and performers to hone their comedic talents. And, he’s influenced thousands more with his book, The Hidden Tools of Comedy, and The Comic Hero’s Journey. He’s presently working on a third book, Writing Comedy for Television.

Steve Kaplan is appearing at the following sessions:

What are the elements that make a great comedy for television? This session will show us how to develop a simple idea into a show that “has legs,” i.e. that can generate season after season of story.

Creator of the HBO Workspace

Consultant and script doctor to Dreamworks, Disney, HBO, Paramount, Touchstone and others.

Director in regional theaters and Off-Broadway