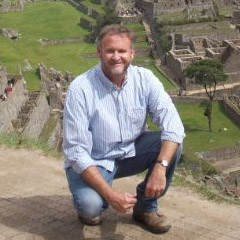 Steve La Rue is a Television Development Executive with 20 years of experience working in Broadcast & Cable for companies such as Paramount Pictures Corp., NBC/Universal, and 20th Century Fox.

He was instrumental in the development and production of such television classics as Buffy the Vampire Slayer, The X-Files, Millennium, King of the Hill, Battlestar Galactica, and The Simpsons.

He holds a Bachelor of Fine Arts degree from Southern Methodist University (SMU), and lives and surfs in Santa Monica, CA.