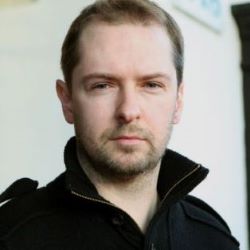 After writing the TV movie Riverworld for the Sci-Fi Channel in 2003, Stuart carried out uncredited rewrites on the apocalyptic thrillers Knowing and The Day The Earth Stood Still. He then adapted John Milton’s epic religious fantasy poem ‘Paradise Lost’ for Legendary Pictures, co-wrote a Moses biopic script for Warner Bros and Steven Spielberg, rewrote the Henry V epic Agincourt for director Michael Mann and sold a King Arthur script to Paramount. He is currently writing a TV pilot for Blumhouse.

In 2009 Stuart wrote, directed, produced and financed his debut film, the psychological thriller Exam, which hit cinemas in ten countries including the UK, won the Santa Barbara Film Festival and garnered him a BAFTA nomination for Outstanding Debut.

Most recently he directed the smash-hit film The Shack for Lionsgate, starring Sam Worthington and Octavia Spencer, based on the bestselling novel.

The London Screenwriters’ Festival is THE place to learn, share and network. What you give out you get back in SPADES!"