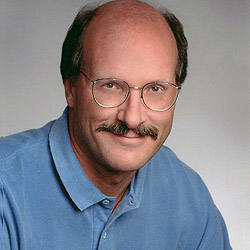 Ted Tally wrote the screen adaptation of The Silence Of The Lambs, for which he won an Academy Award,  Writers Guild Award, Chicago Film Critics Award, and an Edgar Award from the Mystery Writers of America. That work was recently voted by Writers Guild members to their list of the “101 Greatest Screenplays.”

Tally also wrote the screenplays for Red Dragon, White Palace, Before And After, The Juror, and All The Pretty Horses (Best Screenplay, National Board of Review).

He did rewrites and served as Associate Producer on the Brian De Palma film Mission To Mars, and as Story Consultant on the Dreamworks Animation films Shrek 2, Madagascar, and Shrek The 3rd.

Born in North Carolina, he was educated at Yale University and the Yale School of Drama, at each of which he has also taught. Other honors include fellowships from the National Endowment for the Arts and the Guggenheim Foundation.

Where else can you queue up for lunch with Edgar Wright and Joe Cornish stood next to you?"