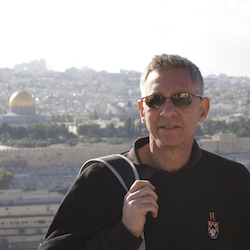 Mr. Botwick recently produced the Paramount Pictures film CAPTIVE, starring David Oyelowo and Kate Mara. He produced the documentary feature COOL IT, which premiered at the Toronto International Film Festival, released by Roadside Attractions and Lionsgate. He served as President of Vanguard Films & Animation, which produced animated films distributed by Fox and later as President of Big Idea Productions where he brought the iconic VeggieTales brand onto the big screen with a major theatrical release for the JONAH, A VEGGIETALES MOVIE, for which he served as Executive Producer.

Mr. Botwick was Senior Vice President of Series Programming and Specials for CBS Entertainment, overseeing creative and business aspects of the network’s entire slate of comedy and drama series, as well as large special events such as the GRAMMY AWARDS, and TONY AWARDS.

Mr. Botwick served as President of Distribution and National Programming for the entertainment division of the Hearst Corporation developing and producing television series programming, adapting Hearst publishing content for television and running the global distribution business.

Mr. Botwick is a member of the Producers Guild and the Academy of Television Arts and Sciences.

Papatime is looking for modestly budgeted films (under $10M) in several genres, comedy in a $25M range, action/thrillers up to $50M. Also TV series.