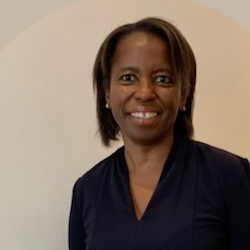 After serving as a regular soldier in the Royal Artillery, Thandi qualified as a barrister and went on to obtain a master’s in environmental and employment law. Thandi is now a practicing barrister who specialises in criminal law.

Alongside her legal career, she started writing drama, fantasy and sci-fi scripts. Her feature script The Journey was selected for the finals in the Screenplay Festival. In 2015 Thandi was chosen as a finalist for Meet the Experts, a competition run by the London Screenwriters Festival, where she met and partnered with writer Richard Kurti and wrote Barred, a legal drama which focuses on the broken criminal justice system.

Thandi Lubimbi is appearing at the following sessions:

How do you balance race, society and entertainment in your project? Come ready to discuss some sensitive topics, and ready to learn.