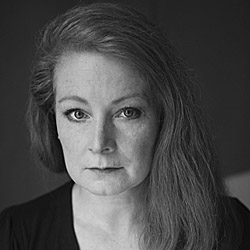 Theresa Boden is a writer, story and script consultant and runs Euroscript’s Script Development Workshops. She supports writers and directors in development with independent film companies and the BFI in various formats – shorts, features and TV, some of which have been award winning. Her first screenplay was Orange Film Prize long-listed and developed by Moonstone Screen Lab (Sundance’s UK offshoot). Recipient of a Carlton TV Drama award for an original TV series, she was a team-writer on a 3D animated TV series and has written/directed short documentary films. She has co-developed screenwriting courses for the Film Council & Skillset, was film tutor/mentor for social enterprise womens’ web channel Hybrid Lab, a visiting tutor/supervisor on the MA’s in Screenwriting at LCC and currently Birkbeck University, and has judged Underwire Festival’s Screenwriting Award. She is a resident script doctor for the BFI’s Future Film Labs and BFI’s Future Film Festival. Previously as an actor she wrote and produced for the theatre including her own one-woman comedy show and was a co-founder of Sphinx Womens Theatre Co.

The LSF was the perfect combination of the practical and the inspirational, with just plain amazing on top."