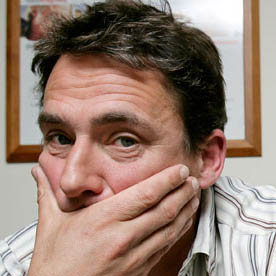 Tim Bevan is Co-Chairman and Co-Founder of Working Title Films which he formed in 1984, joining forces with Eric Fellner in 1982.  Tim and Eric have both been honoured with CBEs (Commanders of the British Empire).

As well as the Coen Brothers – with whom they have made seven films – Working Title enjoys ongoing and successful creative collaborations with filmmakers Richard Curtis, Paul Greengrass, Stephen Daldry, Edgar Wright, and Joe Wright; and actors Rowan Atkinson, Cate Blanchett, Hugh Grant, Keira Knightley, and Emma Thompson, among others.

Tim Bevan was appointed as the Chairman of the UK Film Council on 30 July 2009, taking over from Stewart Till CBE.

If you’re serious about getting your writing produced, you should come to the LSF."