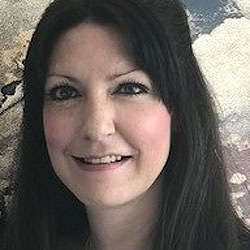 Artists Studio was set up in 2009 by the former founders of BOX TV; Gub Neal, Justin Thomson and Patrick Irwin. Since then it has become one of the highest profile bespoke UK drama companies, working with leading writers, directors and on screen talent. They executive produced the award winning and critically acclaimed The Fall for BBC/Netflix which starred Gillian Anderson and Jamie Dornan.

Gub is an award-winning producer, formerly Head of Drama at Channel 4 and Controller of Drama at Granada. His highlights include Cracker with Jimmy McGovern, winning an Emmy for Prime Suspect and he commissioned Queer as Folk at Channel 4. Justin Thomson is a film and television lawyer who specializes in co-production, pre-sales and the structuring of deals. He has executive produced on Jonathan Strange and Mr Norrell, Death Comes to Pemberley, The Frankenstein Chronicles, Crimson, Petal and the White and Combat Hospital.

Victoria has been with Artists Studio for over a year and started as their Team and Development Coordinator. She is now their Development Assistant. Victoria also has an MA in Screenwriting.

I had a blast... Brilliantly run, great events. It's the best one I've been to...