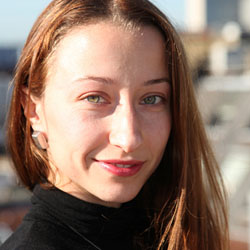 Based in London Bankside is a leading international sales and film finance company for independent films. Founded in 2007, the company offers a bespoke sales and executive producer service to production companies. The company seeks to finance and distribute distinctive films of quality for theatrical release internationally.

Yana has worked on various television programmes in production and film distribution as well as producing and directing multiple short films. SLEEPING DOGS is the first feature film Yana produced, which received nominations from the British Independent Film Awards and was selected for several international film festivals including the Raindance Film Festival.  She is fluent in Bulgarian and Italian, and also speaks French.