It’s often forgotten, even by myself and Judy, that aside from running the London Screenwriters’ Festival, we are also screenwriters and filmmakers too.

‘Congratulations!  You have advanced to the Quarterfinal Round of the 2016 Academy Nicholl Fellowships in Screenwriting.  By doing so, yours is one of only 357 entries to emerge from the First Round. With 6,915 scripts entered, the initial round was extremely competitive and made the selection of quarterfinalists a difficult task.’

Wooooooooo! How exciting is that. Let’s see if we progress to the next round.

‘Rocketboy’ is a screenplay Judy and I have been working on for some time. It’s a heart warming family adventure film set on a remote Scottish Island. Here is some artwork we produced to illustrate the tone an d feel of the film, as well as some key moments. 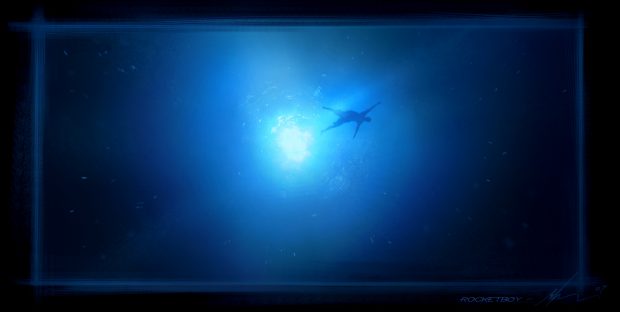 Here’s the logline… When Connor, a brilliant but shy young boy meets Becky, a gregarious but troubled young girl, they embark on a extraordinary journey that might… just might… take them all the way to the moon.

You may just see us the Pitchfest too.