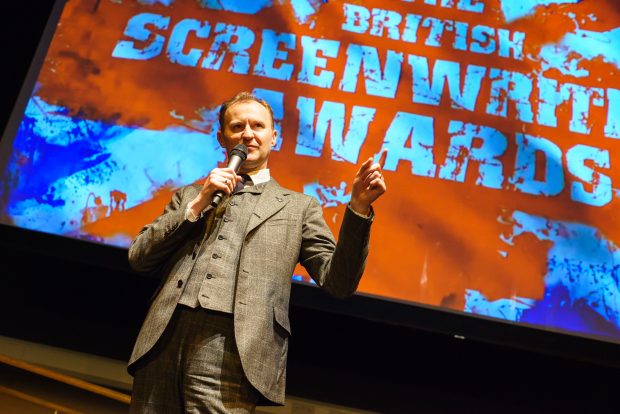 In it’s sophomore year, The British Screenwriters’ Awards once again opened it’s doors to the glitterati of the film & TV world. Putting screenwriters up front and centre and giving us a chance to cheer and thank those incredible minds that give us the films and shows we love.

Hosted by the glorious writer and comedienne Rhona Cameron who dazzled and entertained in equal amount, we belly laughed until late and then headed out to the Final Draft marquee for a drinks party!

The nominees and winners for 2015 were as follows:

For his outstanding contribution to British Screenwriting the Lifetime Achievement Award was presented to Steven Moffat by his friend and collaborator Mark Gattis. 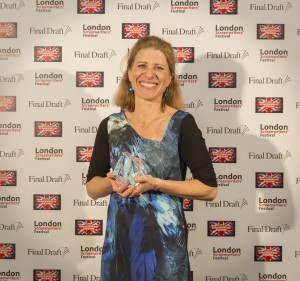 The Create50 Awards ‘Moments of Courage and Kindness’

Screenwriting is an extraordinary process. The stuff that resonates, the stuff that inspires, the stuff that changes you writers make that up out of their heads. Writers give it form and structure, writers change and adapt the primordial goo that is story into a myriad of emotions. Then someone gives them notes and they re-write and make it better!

For writers It’s a hard slog and a rewarding one. For those not yet in possession of a shiny award, the hope that one day our efforts will be recognised and worth people’s time keeps us going. To have the recognition of our peers is perhaps the greatest pinnacle of respect. To give that edification to other is our privilege. Great writers, truly worthy, not all of the nominees went home with an award but they each took away our ardent admiration.