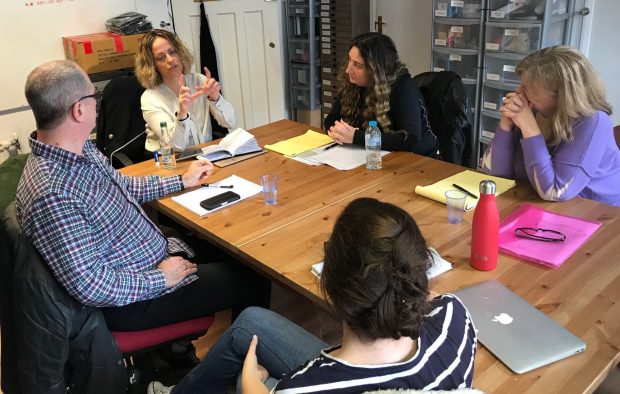 What do you do if you have one chance to impress Nicola Larder, the producer of several hit TV dramas and the co-creator of the massively successfully Marcella? What script sample do you send when you know she favours contemporary, character-driven stories? Well, if you are me, you submit a high-concept sci-fi show of course!

That’s the situation I found myself in recently at a Script Lab hosted by the London Screenwriters’ Festival at Ealing Studios in London. I and three other lucky writers sat snuggly around a table while Nicola gave us a fascinating insight into her career, her viewing tastes and a few juicy snippets of projects she is currently working on, including a new 6-part series for Sky starring Robert Carlyle called Cobra.

Introductions over, Nicola then went over our submissions one by one, offering feedback from her years of experience of not only producing but as a script editor. To qualify for this lab, we were required to submit an overview of an original TV series and the first ten pages of the pilot script. Nicola had reviewed each one and we had all been encouraged to do the same in preparation. 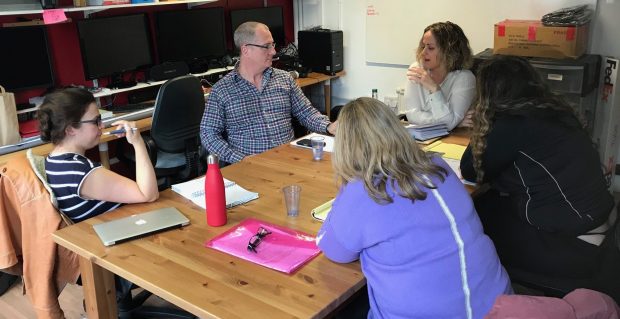 I felt quite intimidated at first. Not only was I the only bloke in the room but these ladies had produced some amazing pieces of work, far more in the vein of Nicola’s tastes than my ‘silly sci-fi.’ They also had books published, scripts commissioned, awards galore and most had agents. I felt out of my league.

My fears were completely unfounded. Everyone was very forthcoming with friendly advice and encouragement. Nicola was amazing. She gave each project complete focus, providing around 45 minutes of constructive suggestions, ideas and inspiring comments for each one.

My project was the third to receive such personal treatment and I remember my mouth went dry as she turned to me. Luckily, the high-concept part of my tv show is the unique backstory which is slowly revealed throughout the series. The script itself puts realistic characters, in realistic situations with identifiable obstacles through extraordinary experiences. Nicola really seemed to relate to them, and genuinely was concerned about the fate of one of my main characters who was left in peril by the end of page 10.

She gave me food for thought, plenty to chew on and lots of encouragement. One of her ideas inspired me so much, as soon as I got home I wrote a new intro which I think solves a major stumbling block I had with the pilot. Prior to this, I hadn’t touched this script in over a year. I believe Nicola has helped me breathe new life in it.

I’d like to thank the Nicola, my fellow writers and the London Screenwriters’ Festival for such a fantastic experience.