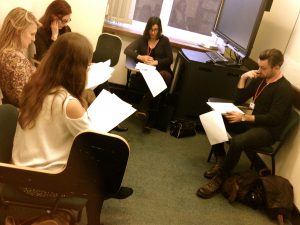 If you were successful in your application to the Actors Table Read, you can find your slot below.

If you have an issue, drop shuk@londonswf.com an email.

Ignore the numbers next to your name, that’s just for our internal reference system.

I recommend LSF, not just to writers but to all storytellers – the actors, directors and producers – because something quite magical happens when we mix."