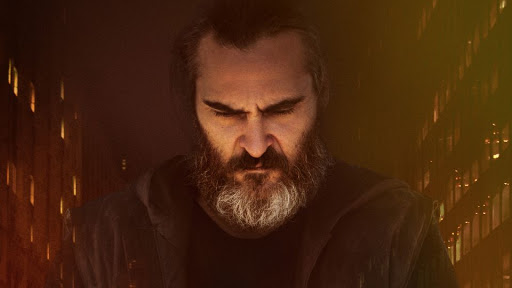 ‘You Were Never Really Here’ is my favourite film of the year, so imagine my delight when I opened the London Screenwriters’ Festival Delegate Guide and saw there was a Q&A session with not just the film’s director and writer LYNNE RAMSAY, but also the film’s cinematographer TOM TOWNEND. I punched the sky and got there five minutes early I did.

But why the cinematographer as well you ask, at a screenwriters’ festival? Well read on my inquisitive friend, because all will be revealed in my top five nuggets from the event.

That’s it from Ramsay and Townend. Despite their towering talents, both were gentle, decent, self-deprecating folk who were an absolute pleasure to listen to. Join me Friday for a video game writing special. Interactive multi-branch storytelling may still be niche, but it’s the future baby.