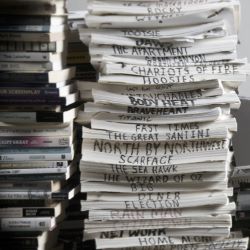 Get the intel. Get the edge. Get it written. Get it produced. Get signed. Repeat.

Credits include The Adventurer: Curse of the Midas Box, Foster