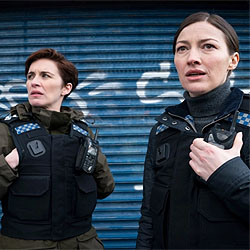 Television (Bodyguard, Line Of Duty), Books, Comic Books… When you are looking for a triple threat talent, Jed Mercurio is your man. Great stories flow through his veins. Let this titan of British writing give you the inspiration and keys to greatness that have guided him his whole career.

Jed's most recent credit, 'Line of Duty', is the most watched BBC2 drama series in the multichannel era.