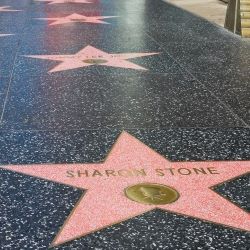 ‘George, you can type this sh*t, but you sure can’t say it.’
– Harrison Ford on STAR WARS

We all do it. Imagine our favourite actors saying our lines, maybe even write roles for a specific actor – without any notion of how to make that fantasy a reality.

While we obsess over story, structure and characters on the page, we lose sight of the fact that the most valuable asset to marketers is often the actors. ‘The face on the poster’ puts the ticket-buying public in the cinema.

Unless you have direct contacts, creating three-dimensional, authentic characters is the key to attaching the best names to elevate your script.

In this session, you will hear directly from professional actors what they look for when a script comes across their desk, what turns their ‘Maybes’ into ‘Yeses’, and what convinces them to happily work for scale (and sometimes even for free!).

As well as being an actor and casting director, Anthony develops award-winning global features for Renaissance Films.

Loved every minute! Made some great new friends and loads of contacts. Just bought my ticket for next year! :)"