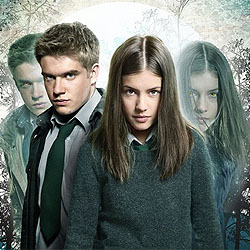 Do you want to write for children, but worry about hitting the right tone? Worry no more!

Children are a huge, diverse audience – and massive consumers of drama: on TV, at the movies and online. What’s more, writing for toddlers is very different to writing for teens. One size does not fit all!

Luckily, we’ve assembled a panel for you of writers and producers who have worked across all ages, from pre-schoolers to teens, from Teletubbies to Horrid Henry to Wolfblood. They’ll give you all the advice you could ask for to make sure your script is aimed at the right young audience.

Catherine has over 15 years’ experience as series co-creator, writer, head writer and script editor on many BAFTA-winning children’s shows.

Credits include: Torchwood, Wizards Vs. Aliens

Writer and Producer of over 700 TV programmes, Lucinda is co-founder and Creative Director of Novel Entertainment.