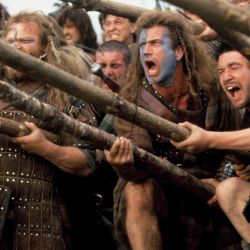 A masterful script, Hollywood production and the world’s biggest star on both sides of the camera: Braveheart was the perfect storm, resulting in ten Oscar nominations and five wins. What was it like facing that whirlwind, bringing the world of William Wallace to life and reviving the story of an all-but-forgotten Scottish hero?

Credits include Braveheart, Robert the Bruce

Angus is best known as Robert the Bruce in Braveheart and has appeared alongside such stars as Charlie Hunnam and Jessica Chastain.

Credits include Braveheart, Game of Thrones, His Dark Materials

James is best known and loved for his roles as Campbell in Braveheart, Jeor Mormont in Game of Thrones and Angus MacLeod in Highlander.