with Randall Wallace
moderated by Michael Rosser and Stuart Hazeldine 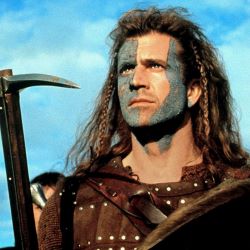 Few films pack as much emotional punch, adventure and romance as Braveheart. And we are privileged to have the Oscar®-nominated screenwriter, Randall Wallace, to join us for this 25th anniversary screening at the London Screenwriters’ Festival.

You will get the shooting script in advance so you can print it out and read it, or bring it with you to the screening. We will watch the film while recording our own unofficial chat track with Randall in real time. We have done many before such as Fight Club, Jaws, Die Hard and Silence Of The Lambs.

It’s going to be absolutely unforgettable.

And you will meet the screenwriter who wrote this…

‘Aye, fight and you may die, run, and you’ll live… at least a while. And dying in your beds, many years from now, would you be willin’ to trade ALL the days, from this day to that, for one chance, just one chance, to come back here and tell our enemies that they may take away our lives, but they’ll never take… OUR FREEDOM!’

Mike has worked for IMDb, Screen International and Broadcast magazine, covering every major film event including the Oscars, Emmys and BAFTAs and interviewing everyone from Quentin Tarantino and Martin Scorsese to Steven Spielberg.

The online forum made me feel I was already part of a whole other family before I even arrived."