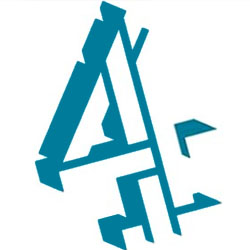 This session will look at the Channel 4 Screenwriting Course.  Run by Philip Shelley who initiated and has run the course since 2011. The course will be accepting entries again in October for the 2016 course.

The Ch4 Screenwriting Course has become the premier entry point into TV drama for new writers.  Every year 12 uncredited writers work for a 6 month period on a new TV script. Many of these projects have been optioned and taken into development by independent production companies.

In this session Philip will be joined by two writer graduates from the course as well as a representative from the Channel 4 drama department (who fund and support the course) who will discuss:

This session promises to be essential for any writers aspiring to work in UK TV drama.

Anna graduated from 4Screenwriting in 2013. Her script written on the course, 'Blood Money', was optioned by Company Pictures.

Credits include: The Dumping Ground

A graduate of the CH4 Screenwriting course, the series Jane developed there is currently in development with Big Talk.

We like scripts that surprise us, that deliver big ideas from a shiny new perspective; that resonate with audiences and encourage them to look at the world in a new way. Actively seeking, bold, thought-provoking, and challenging drama.

Credits include: Waking The Dead, Medics