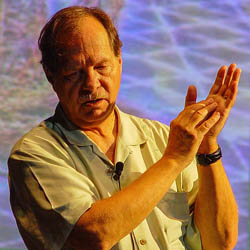 The Hero’s Journey as a story model has itself become mythical, a wizard’s map of the hidden world of story, a guide for the current renaissance of the epic form, and, as many have discovered, a handbook for mastering a fully realized life.

It resonates more profoundly than all other story strucures, templates or sets of rules.  It reflects how human beings make the difficult decisions that form character and determine how life will be.  The Hero’s Journey, well-executed, has the power to entertain by creating stories that express universal needs and desires, which can inspire audiences to make difficult choices in their own lives

Christopher Vogler believes we are more than just screenwriters. We are the teachers, magicians, artists, healers, and shamans who cross back and forth between the world of spirit and ideas and the world of everyday life.  We bear the special gifts of our inward journeys and are compelled to share the elixir with our fellow humans, the true heroic act.  We are the storytellers for our tribes, who if we have the courage, can reflect back at the viewers and readers thedeep truths as we see them.

Both are deeply intertwined and reflect our personal and characters’ successes and failures. And this is at the heart of great storytelling.

Master both of these journeys and you will open up a whole new universe where what we do will connect with  people on a global scale.

And if there is one story master to take us on these two journeys, it’s Christopher Vogler.  In this workshop he will guide you to inner sources of writing energy, latent in your own body, that will give new life to your writing and career.

While working at Disney, Christopher Vogler wrote a memo to the executives at the studio, outlining how they could better leverage this structure in their films. That memo quickly became the most hotly sought after document in Hollywood and directly led to his book ‘The Writers Journey’, one of the top three screenwriting books on the planet.

We are privileged to have Christopher fly from LA to be with us and present this one day masterclass during festival week at the London Screenwriters’ Festival (a class that normally sells for £300). You will hear from the foremost expert on how understanding and utilising the hero’s journey will significantly improve your work and thus increase the chances of production. And as a kicker, you will grow and contribute to human consciousness as a creative storyteller.

After analysing many thousands of scripts and acting as story consultant to some of the biggest names in the industry as well as studios, Voger is in the unique position of being both active practitioner and story expert.

In this masterclass we will examine…

The Craft of YOUR Heros Journey

The Art of YOUR Writers Journey

Prepare for an unforgettable journey for the characters in your film, and for YOU on your own journey of creativity, courage, growth and contribution.

Christopher Vogler is a veteran Hollywood story consultant known the world over for his landmark book The Writer’s Journey: Mythic Structure for Storytellers. As a consultant he has influenced the stories of many productions including Disney’s The Lion King, Aladdin, Hercules, Fantasia 2000; Fox’s Fight Club, The Thin Red Line, Courage Under Fire, and for other studios 10,000 BC, Karate Kid II, Darren Aronofsky’s The Wrestler and Noah, Will Smith’s Focus, Hancock, Men In Black III, I Am Legend, etc. He consults with major corporations on storytelling and branding and presents workshops globally on the power of stories to change minds and lives. 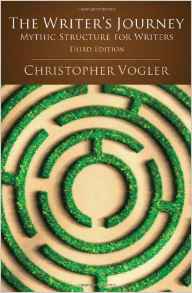 I shall be dedicating my first Oscar/BAFTA to you guys!"