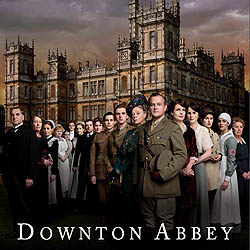 Downton Abbey was one of the most successful British TV shows in the last decade, enjoying enormous success both at home and abroad. We all know and love the show, so this is a rare and extraordinary opportunity to meet the man behind the success, Julian Fellowes, and share the journey of the first episode.

In this exclusive Script to Screen, you will be invited to read the shooting script of this first episode (by downloading from our private link and reading at home) and then watch the episode, stopping and starting at each scene, to discuss with Julian exactly what was written, why and how it unfolded.

As a taster of what you can expect, Julian commented ‘The issues involved in setting up a series and trying, in one episode, to introduce a whole bunch of strangers and then shoehorn in enough plot to get them interested enough to come back the following week, are much more complicated than simply winding up a big hit.’

Expect an entertaining, frank, inspirational and insightful experience you will never forget.

10:00am Monday Mindfulness: The Pause Before

Spend 30 minutes with Louisa Caine and other screenwriters as we get ourselves in the right ‘head space’ for the coming week.