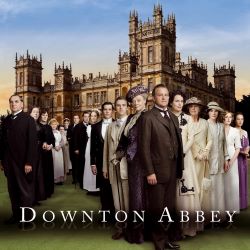 Steve has experience developing drama on acclaimed shows such as Downton Abbey, Broadchurch and The Durrells.