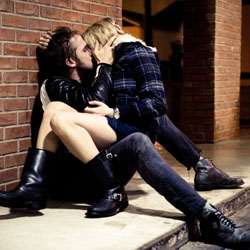 If you think that’s what drama screenplays are all about, then script editor and author of Writing and Selling Drama Screenplays Lucy V Hay aka Bang2write has some news … So do countless other spec screenwriters and filmmakers and this is NOT GOOD ENOUGH if screenwriters want to get their writing noticed and/or made.

Hot on the heels of her book on the Thriller genre, Lucy did a further deal actually at LSF last year to write another on her other passion, drama. Like Thrillers, drama screenplays in the spec pile are subject to all kinds of misconceptions, with scribes packing in the DEPRESSING stuff, rather than the dramatic stuff. No! Dramas can be any story, told in any way – all they need to be great stories, with emotional truth.

Looking at various successful dramas, both studio & indies as well as short film and TV, Lucy will  give you a crash course on the writing of a drama, drawing attention to its contrasts with genre film in both structure and character and the way they are perceived by The Industry and potential audiences.

During the session Lucy will be addressing such questions as:

So if you’re keen to write a drama, whether feature, short film or TV, then this session is not to be missed.