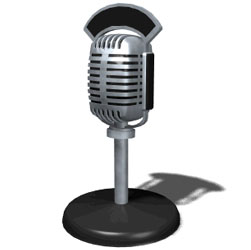 Radio remains one of the most accessible doorways into the broadcast world: hundreds of successful writers began in radio.

The unique way radio engages its audience enables the writer and the listener to collaborate in extraordinarily powerful imaginative experiences. And with its lower budgets and nearly-limitless distribution options in the age of podcasts, there are more opportunities than ever before to see your script produced if you write for radio.

BBC radio has a huge output of drama and comedy and needs good writers all the time. Come and hear from the writers who are making waves in radio today; and find out directly from the Commissioners what they’re looking for, where they go to to find it and what the possibilities are for you in this always thriving medium.

Credits include: The Lentil Sorters

Recipient of the BBC Radio Comedy Writer's Bursary, Jack has written for a wide range of shows and regularly contributed to series such as The News Quiz and Dead Ringers.

Jonathan created, writes and produces the a four-and-a-half year real-time drama - Tommies which airs on BBC Radio this autumn.

Credits include: The Things We Never Said, Eastenders, Casualty

Ming is an award-winning writer for stage, screen and radio.

Credits include: The Archers, Eastenders, Doctors

Tim has written hundreds of episodes of the BBC's much beloved radio soap 'The Archers' - the longest running radio soap in the world.