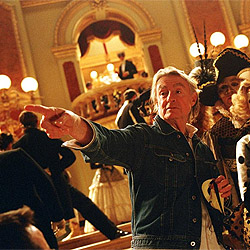 Joel has directed many movies that we would consider Hollywood classics and in this session we get to explore his varied career through the words of the screenplays he sometimes wrote, sometimes didn’t, but always directed with his trademark flare.

Joel has already requested this session be extended so that he might share as much of his experience as possible.

Join him for the jewel in the crown of the London Screenwriters’ Festival 2014.

Credits include: The Lost Boys, The Client, Flatliners, Falling Down, House of Cards

Known for his versatility, style and ability to move between genres, Joel is a Hollywood legend.