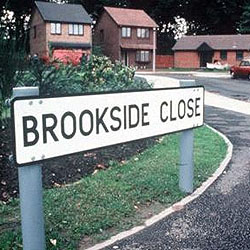 His success poses an interesting question…

Why write an episode when you can create an entire series?

With broadcasters, both domestic and international, are desperate for programming in volume – not just hours, but thousands of hours – the economies of scale when creating long running drama series really start to makes sense.

In this session Phil Redmond will share just how he creates iconic shows that run for years, yielding thousands of hours of world class television drama.

Anyone interested in working in continuing drama on television cannot afford to miss this session with one of the UKs most iconic series creators.

Phil Redmond was awarded his CBE in 2003 for Services to Drama, as a consequence of his innovatory television career at Mersey Television.

I absolutely loved everything about LondonSWF. It gave me a HUGE boost. I gained so much. Not just on craft, but discovering that networking isn't scary, it's rewarding!"