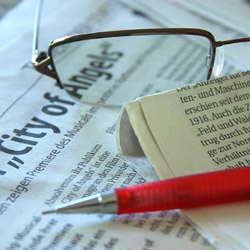 As a Hollywood screenwriter, Dominic has sold over a dozen feature film and TV scripts inspired by newspaper articles and true stories.

In this masterclass, Dominic will share his top tips and tricks for finding, developing and selling true-story material. You will learn how to rip stories from the headlines and use this material to convince producers to buy your projects and hire you on writing assignments.

Credits include Hard Target 2, An Act of Defiance

Dominic has written for 30-plus studios and production companies, including Universal Studios, Working Title, Scott Free and the BBC.