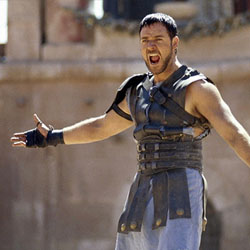 Novels, films, television, period pieces, musicals, and the most successful sword-and-sandal epic of all time. And that’s just scratching the surface of William Nicholson’s illustrious career. When you have the chance to be in the presence of one of the greatest of all time, you know what you do? You take that chance.

Liz has hosted Q&As with filmmakers at the Raindance Film Festival for the last three years and interviewed Christopher Hampton at LSF 2019.