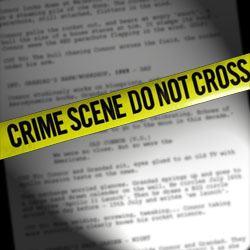 While the foundation of any story is good drama, there is nothing worse than badly researched dialogue and action, especially in crime and medical drama. Meet the people whose lives inspired Prime Suspect and Casualty.

Authentic dialogue and action ‘sells’ the drama – that’s the biggest reason to get it right by researching your characters worlds and then feeding it back into what they do and say.

Meet Jackie Malton, the cop whose career DCI Jane Tennison was based on (for Prime Suspect), and Peter Salt who inspired Charlie from Casualty.

In this detailed session, Jackie and Pete will discuss best practices for getting it right on the page so that when you hand your draft to a commissioner, producer or director, it smells like the real deal.

Pete is the real life inspiration for the fictional character Charlie Fairhead played by Derek Thompson in Casualty.

A rare and wonderful opportunity for people who love stories to get together and share ways of learning and telling stories."