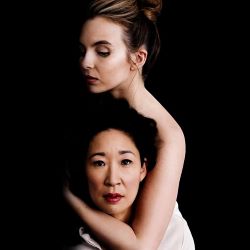 Killing Eve is the poster child not only for strong female leads in both the protagonist and antagonist role functions, it also stands for diversity in its representation of well-drawn BAME and LGBT characters. But it’s not just its inclusiveness that makes Killing Eve feel so fresh and authentic… So why do we love it so much?

Script editor, author and blogger Lucy V Hay will be discussing this already iconic adaptation, focusing on its craft as well as its politics. She will be drawing out the differences between the books and the TV show, as well discussing how the show uses tropes and archetypes to perfection, plus why assassin stories never fail to capture the public’s imagination.

When so many writers want to write fresh and vibrant female characters, this session is unmissable. See you there!