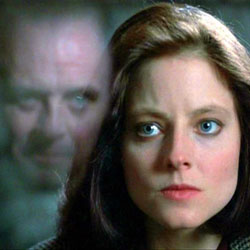 As screenwriters we greatly improve our chances when we’re open to working in different fields such as original features, serials, graphic novels, comic books, games – and book adaptations.

Ted Tally won the Oscar for his adaptation of Thomas Harris’ Silence of the Lambs and has penned several other high-profile adaptations, among them Red Dragon and All the Pretty Horses. Daniel Martin Eckhart’s been involved in a dozen adaptations for European markets.

In this session the conversation between Ted and Daniel will be all about craft and collaboration. When you’re offered the possibility of adapting the creative work of another writer, what do you do? Where and how do you begin? How do you find the core of a novel? What improves your chances of getting that commission? How do you deal with character and plot changes? Who do you have to be faithful to? Join Ted and Daniel to find out how to get the gig, how to keep your integrity, how to fight the collaborative battles … and how to come out alive and sane at the other end!