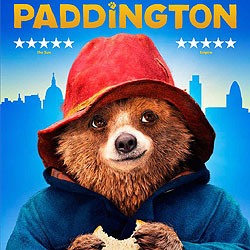 Inspirational and profoundly insightful. After this session you will be firing up your laptop right away.

Paul King, the writer and director of hit film Paddington discusses what he learned about writing over the years he spent bringing Michael Bond’s beloved books to the screen.

He offer his insights into topics as varied as character arcs, writing innocents, finding a midpoint, handling a villain and creating a successful finale as well as discussing how some of the comic set pieces were generated.

Credits include: Paddington, The Mighty Boosh

Paul's second feature film, Paddington, which he wrote and directed, was released in 2014 and earned him a BAFTA nomination for Best Adapted Screenplay.

Set the world’s troubles aside as you spend Sunday morning writing. Dive deep into your work in progress, participate in writing exercises, get some one-on-one guidance, or simply put words on the page.

2:30pm One Story, Many Mediums

Julie Gray makes her triumphant return to the London SWF fold to help you determine the most effective medium for you to use to tell your story. In a world of film, television, streaming, audiobooks, podcasts, and more, how does a storyteller determine the best way to impact the audience?

I want to apply all the techniques I’ve learned here to the feature script I’m writing. It reminded me again of the journey I’m on."