with Ted Wilkes and Philip Hughes 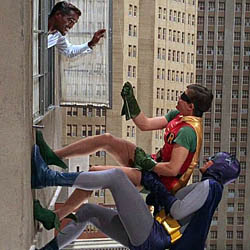 A Quiet Place, Groundhog Day and Back to The Future all tell their stories in different genres but follow the same narrative arcs. The tyranny of genre stifles creativity. It is a screenwriter’s job to understand their character’s needs above their film’s conceit. In this session, Phil and Ted will tell you how you can do this!